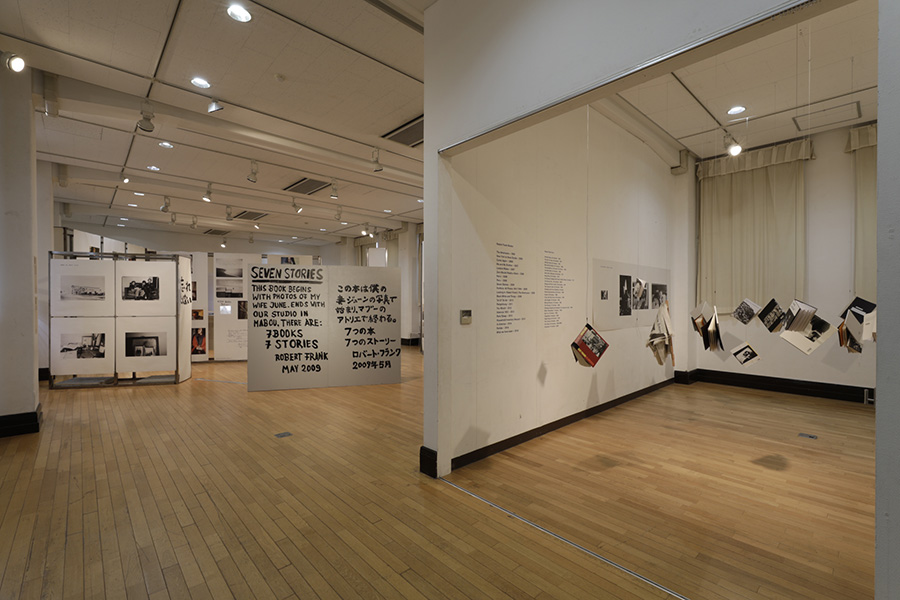 This exhibition featured the work of Robert Frank and his collaboration with Gerhard Steidl. Rather than displaying their photographs originally taken to be used in newspapers in the same way as displaying paintings, I explored an alternative approach that might recreate the casual interaction between the photographs and people, an interaction that existed between people and Frank and Steidl's photographs. I intended the exhibition to embrace some roughness, and all plinths and frames were created by hand. The exhibition marked the largest numbers of visitors in the history of the Chinretsukan Gallery of Tokyo University of the Arts Museum (in 2020).
+ ROBERT FRANK: BOOKS AND FILMS, 1947-2016 Exhibition Archive (in Japanese)
▱ OVERVIEW
GALLERY